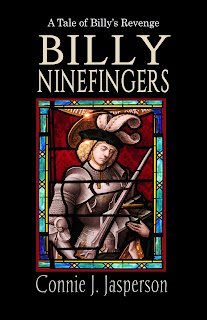 First, the feud that cost him the use of his sword hand is not over.

Second, if he doesn’t pull himself together and become the leader the Rowdies need, he’ll lose everything his father left him.

All he needs is a plan, a mountain of luck, and the love of a good woman.

Well, she doesn’t have to be good, but a few scruples would make a nice change. A plan would be nice too, since luck is never on Billy’s side.

Billy Ninefingers is available at Amazon for $2.99 Kindle and $12.99 paperback

Not a fan of Amazon? Click here to purchase Billy Ninefingers from these fine Ebook Sellers for $2.99

Posted by Connie J Jasperson at 6:09 AM No comments: 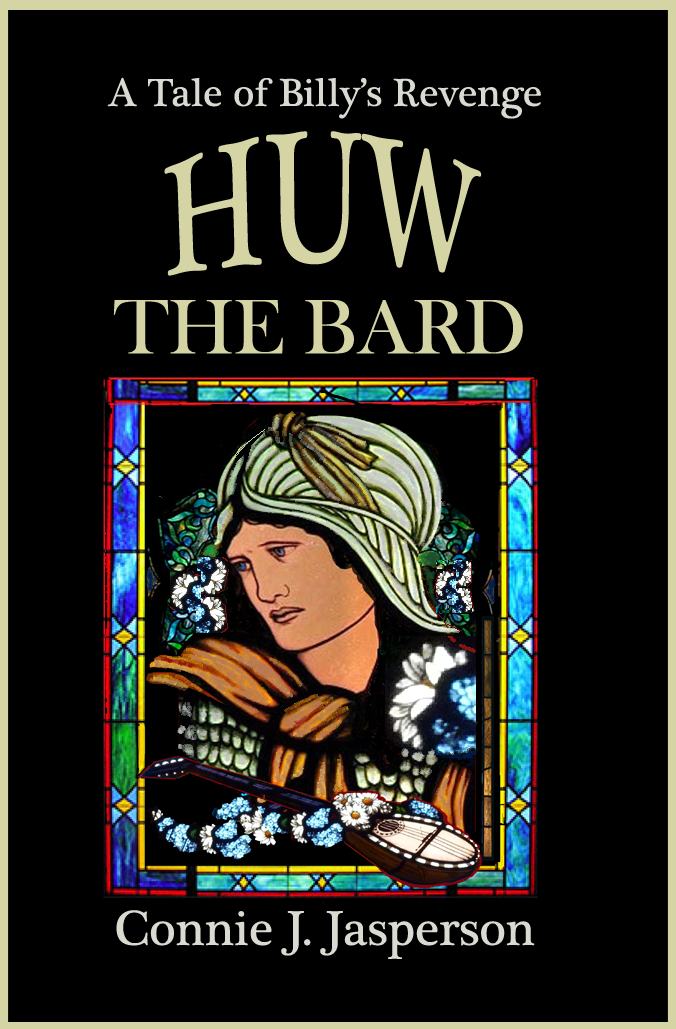 The youngest master in the Bards’ Guild, eighteen-year-old Huw Owyn is at the top of his craft. The Spring Conclave is underway, and Huw is late to the ceremonies. While he lingers with his lady, the Bards’ Guild is attacked. Seeking to rule the most powerful clan in the valley, Earl Rann Dwyn hangs the Guild Master, Huw’s father. His thugs torch the hall with everyone still inside, igniting a firestorm and incinerating a quarter of the city.


Smuggled out of the burning city in a reeking ale barrel, Huw the Bard is a wanted man. Starving, reduced to begging and worse, he must somehow make his way north to safety. It’s a 200-league walk as the crow flies to the one place he might have a friend, though the path Huw must take is anything but straight.

Murder, rape, and the taint of treason – a lot can happen to a man on a journey like that.

HUW THE BARD is available in all eBook formats for the reasonable price of $2.99 and as a Paperbook for $12.99

In the UK? Click here to buy Huw the Bard for the reasonable price of £1.86

Not a fan of Amazon? Huw the Bard can be purchased as an ebook through these fine eStores:

Purchase Huw the Bard in all other eBook Formats at Smashwords for $2.99

Huw the Bard is also available as a paperbook through CreateSpace for $12.99

Posted by Connie J Jasperson at 8:16 AM No comments:

Welcome to Billy's Revenge, home of the Rowdies

There is a place in the forest, not too far from here, where we have spent many a happy hour.  The roadside inn known as Billy's Revenge is famous for the fine ale and the best bath-houses in the whole country of Waldeyn.

Leave your cares at the door and come on in and meet the regulars. Listen while handsome Huw the Bard sings an epic tale of the adventures of the Rowdies; or of the invincible Sir Julian Lackland or Golden Beau and Lady Mags.

Dame Bess will serve you the finest meal you have ever tasted, and you will sleep like a baby knowing that you are protected by the finest mercenaries that ever plied the trade in Waldeyn or the world.

You will like it in Waldeyn.  We have majik but we don't really trust it, if you know what I mean, so we have the Mother Church take care of training the Majik wielders. That way we don't have to worry about wizards roaming the countryside setting curses on the innocent.  The church provides us with certain amulets that enable us to cast a spell for healing or as a weapon, and though they are somewhat expensive, good amulets are necessary if you do much traveling in Waldeyn. 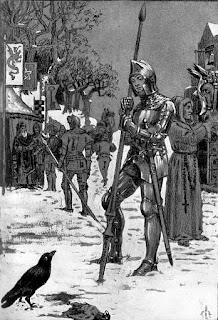 
The Sisters of Anan: Priestesses of the One God, gifted with the ability to enable healing.  They are in high demand, being few in number.  Their main training center is the Nunnery at Hyola Springs.  Besides healing, when working with a smith they can endow weapons and armor with healing virtues.  They also make healing amulets and potions that are highly prized and much sought after. They are not sworn to celibacy, but most do not marry.

The Friars of St Aelfrid: Priests of the One God, often (but not always) wielders of various majiks. Their main area of concern is the spiritual wellbeing of the citizens of Waldeyn, and because the majik wielders are not so very common they too are in high demand. Their center of training is the Priory in Castleton, and those with the ability to wield majik are in the service of the king. They create amulets of power, and can endow a dagger or a sword with extra majikal virtues when working with a smith.  Friars with no majik are to be found in every village chapel in Waldeyn. They are not sworn to celibacy but like the Sisters of Anan most do not marry.

Common Spells that can be found in Amulets or Weapons:


Healing Potions:  When bespelled to either ease pain or promote healing, common herbal remedies can achieve miraculous results. Apothecaries often take their potions to the local infirmary to have them blessed by a priestess before selling them, as they can charge twice as much for them. 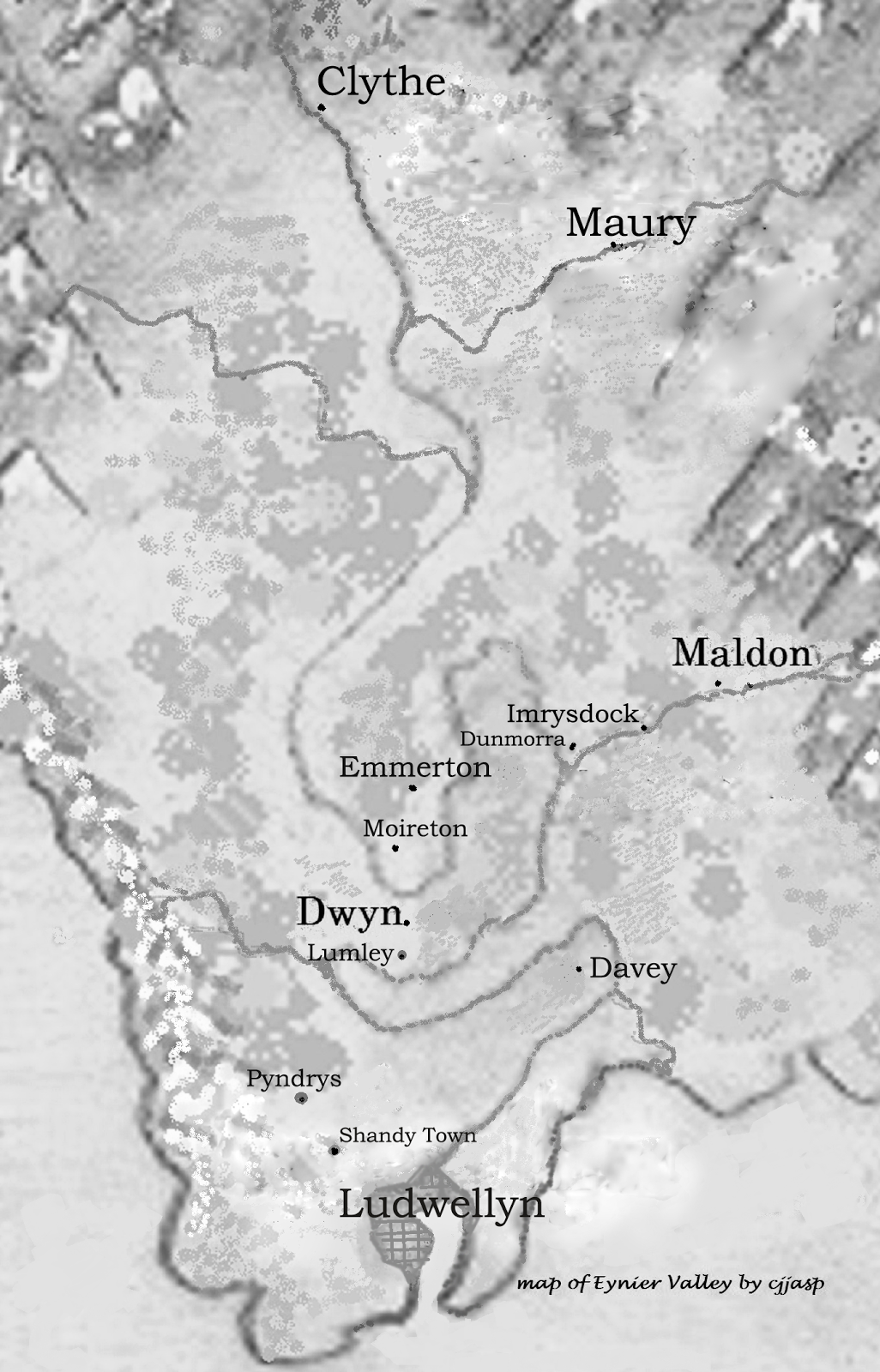